29 Jul 1732 Account of the estate of John Simons dec’d which came into the hands of Francis Beasley excr: Named within the account:
Widdow Egerton
Thos Peirce
(and others) 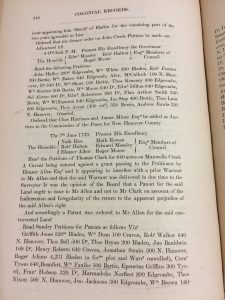 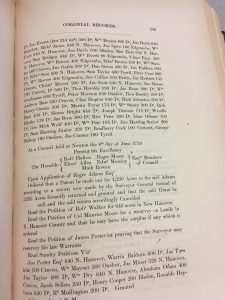 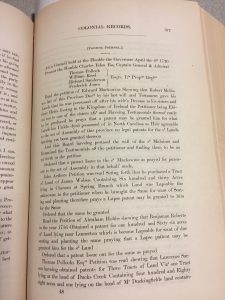 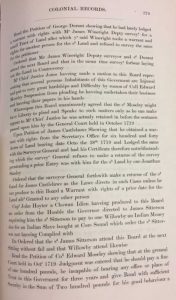 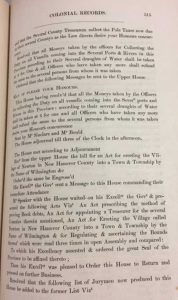 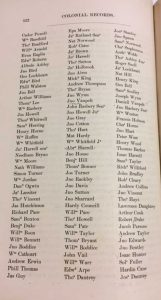 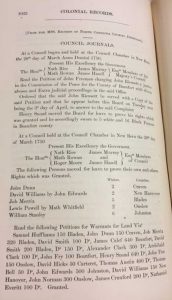 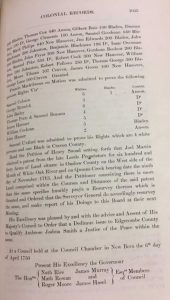 Mr. Samuel Appeared in behalf of William Stanley and opposed the Granting of the said Petition setting forth that the said Stanley had a Warrant of a prior Date for the premises and then produced Richard Caswell as an Evidence, who being sworn and Examined in relation thereto, declared that Cade’s Survey included a House and some Improvements of the said Stanleys. …

Read the Petition of Stephen Cade for a Grant for One hundred and fifty Acres of Land in Johnston County in consequence of a Warrant duly surveyed and returned.  Mr. Swann appeared and opposed the same in behalf of Anthony Herring setting forth that the Land or great part thereof so petitioned for by Cade as aforesaid was within the Lines of the said Herrings Patent Land. . . 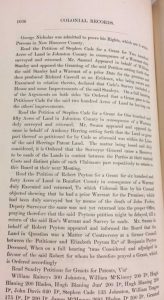 Newbern, May 6, 1775.  Gentlemen: the enclosed arrived here about an hour past and is forwarded immediately to you and desire you will keep a copy of James Lockwood’s letter and send them on as soon as possible to the Wilmington Committee.

We are gentlemen your obedient servants,
(other names)
William Stanly 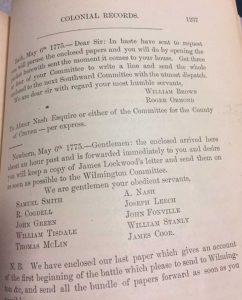 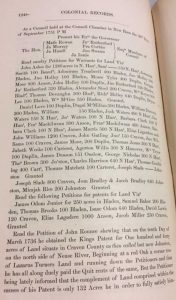 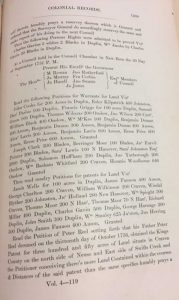